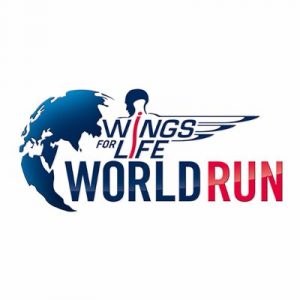 A fundamental mission for the LHS Foundation is the development of awareness-raising activities and information campaigns in health and safety.  The Foundation, in fact, over the past 10 years has launched several initiatives, such as the participation in sports activities, especially running.

In a difficult moment as this one, even the ILO, the International Labour Organisation, which every year, on April 28th promotes the World Day for Health and Safety at Work, has chosen as its central theme,“resilience”. This theme indicates the ability to transform a negative event into a positive message and the ability to “radiate hope for a better world, a world with Zero Accidents at Work”. Then, following the proposal of an ILS Ambassador (thank you, Paolo) LHS Foundation decided to participate in the Wings For Life World Run, a charity competition that was held all over the world and whose earnings went entirely in the research for the healing of spinal cord injuries.

LHS Foundation wanted to dedicate this participation to Giammarco Mereu, ex-worker from Lanusei, hit by a 600-kilo gate at the end of his shift. This accident forced him into a wheelchair for the rest of his life.

Gianmarco did not “stop” after this incident, but he set out towards new goals, becoming an actor and an artist to raise awareness to as many people as possible, so that no one ever has to live this experience.

Resilience, leadership, inspiration and social responsibility, the values of the LHS Foundation that merge with those of Gianmarco and those of Wings for Life World Run, the charity sports race born to support the research on the care of people forced to wheelchair. The race started on May 9th  2021, at 1.00 pm, worldwide and involved 184,236 participants, with 1,656,840 km traveled in total.

Equally remarkable are the “numbers” of the LHS Foundation team, composed of 50 ambassadors of the “Italia Loves Sicurezza” movement, which ranked 609th in the world rankings, keeping up with the Catcher Car of the race, the virtual machine that chased all the runners of the world, with 203 km total covered and ready for the next edition.

A sporting, but above all, a human result that is the expression of the same passion that the Ambassadors put in the initiatives they organize, in the messages they spread and in the ideas they share in the great ILS network. With the difference that, for this time, they used “the legs”, together with their own hearts.

Video trailer of the day